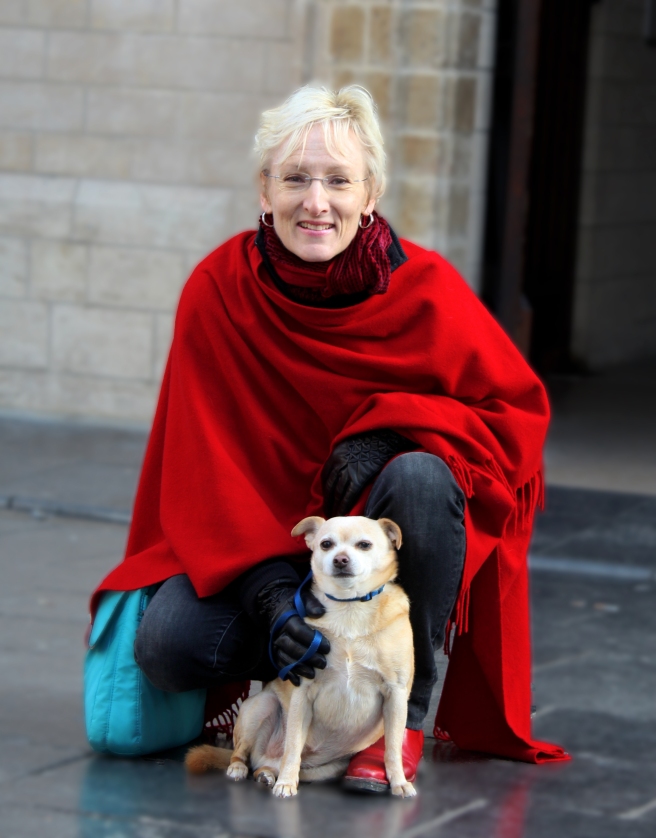 Do you think Brussels is dull, boring or ugly? I’m here to tell you that’s just not true. But you have to be willing to put some effort into finding the beauty, the quirky and lovable side of the city. That’s where I come in!

Wendy arrives at the Central Station accompanied by her dog. It’s getting cold in Brussels and sometimes his small feet get cold, but today they have decided to drift around in the heart of the city. They are used to long walks, and this is why we are meeting today: to wander with Wendy, a lovely story-teller who is passionate about Brussels’ history and its secrets.

During Wendy’s Wondrous Wanders expats, visitors and Belgians themselves find beauty, inspiring images and intriguing anecdotes narrated by an outgoing and bilingual Canadian who moved to Brussels 17 years ago. She became a Belgian citizen, formed new friendships, showed off her new city and country to family and friends, took photography courses… Her business, Wondrous Wanders, seemed predestined to be born.

“A Wondrous Wander is a walk of discovery, of revelation … To meander with open eyes and mind through Brussels, across Belgium or further afield”, she says.  It’s about finding the city secrets – even though to choose just one is difficult!, so today she tells us a few little-known facts about one of Brussels’ oldest churches, the St-Nicolas church on Rue au Beurre (the former Butter Market square) near the Grand-Place. And the Wondrous Wander begins…

The church dates from the 12th century, although little remains from that time. It is the only church in Brussels that is still surrounded by houses built up against its walls, which was common practice in the Middle Ages. There is a lovely painting called  ‘Virgin Mary with Sleeping Child’ by Peter Paul Rubens on one of the pillars, although few people realise he was the artist. Even fewer people ever look up above the painting to see one of my favourite hidden gems… a small cannon ball from 1695 embedded in the pillar! 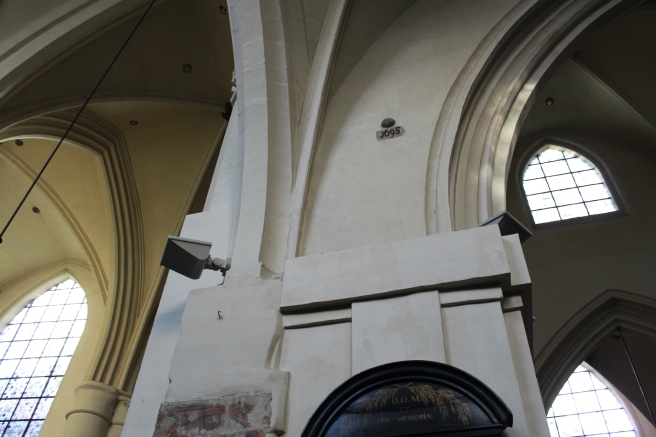 The cannon ball is a reminder of the bombardment of Brussels by the French in 1695 that destroyed much of the church, along with most of the Grand-Place and other parts of the city.

Outside the church are two interesting sculptures. The ‘Milkmaid’ is apparently a copy of the original 1687 statue, said to be modelled on the lady who was dishonestly selling milk she had watered down. The story says that she was made to walk around the market calling out ‘Watery milk for sale’!

The other is the three-tiered fountain, one of a series of fountains dotted around the city based on paintings by Pieter Bruehgel the Elder. This one depicts three blind men from the painting ‘La Parabole des Aveugles’ or the fable ‘The Blind Leading the Blind’ (recognise an expression still in common usage?!). The taps at the top of the fountain were for people to access water before it was piped throughout the city, the trough underneath was for horses and at the base is a trough for dogs to drink from.

But Wendy confesses to us that there are other fascinating facts about this church so maybe these will whet your appetite to learn more!

If you’re starting your own adventure expat in Belgium, you need expert information or to meet people that are in your same situation, join the e-community of Settle & Connect !

2 thoughts on “Wandering Brussels with Wendy”